Again, not the obvious title of this post, but why? Because again, this is more fun and it leads to what we Potter fans have been waiting on but never knew we needed — The Nagini reveal! In watching an interview with Rowling and part of the cast on the TODAY show, she mentions that “there is a bigger reveal in the movie”. Which leads me to think…what is the bigger reveal? 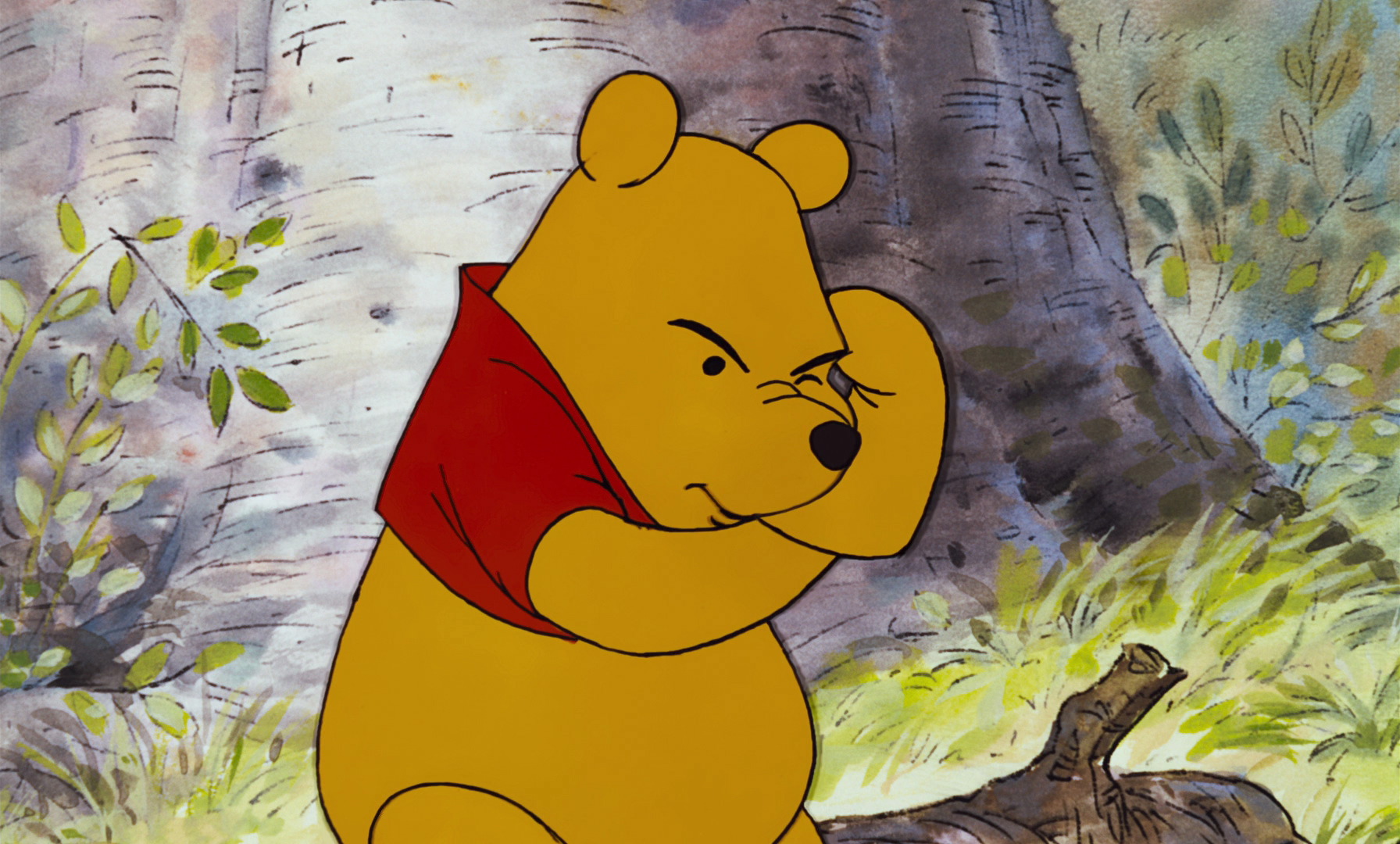 When we last left Newt Scamander (Eddie Redmayne), he’d successfully helped in capturing Gellert Grindelwald (sexy Johnny Depp). Grindy was off to wherever MACUSA keeps their prisoners, and everyone’s favorite no-Maj/Muggle Jacob Kowalski (Dan Folger) was obliviated. There was also that awkward exchange between Newt and Tina (Katherine Waterson) when he was on his way back to London, and last but not least, Queenie (Alison Sudol) visited Kowalski’s bakery, which Newt helped him fund with dragon eggs. Business was booming but he was selling some peculiar-shaped treats (insert another Winnie-the-Pooh image).

So now we’re going to Paris and A LOT is going on. First and foremost, Grindy escapes BUT WHO IS IN THE CARRIAGE AND WHO HAS THE ELDER WAND? How did it even get to America? Didn’t Dumbledore steal it from Grindelwald when they were boys? That was in Godric’s Hollow. So again, where did the Elder Wand come from? I need to know that and I think Percival Graves (played by Colin Farrell who was really playing someone else. Nice job, Colin.) is in that carriage for two reasons. One, it looked like him when I paused the video eight times while watching the trailer the first time and two, where has Graves been since Grindelwald used Polyjuice to become him in the last film? (You have no answer for that because I’m pretty sure they never told us where he was, which frustrated me with the last film. Sidenote: Can you kill someone and the Polyjuice potion still work or does the person have to be alive? Leave a comment if you know.)

Back to the action of the trailer! There are a couple of things I think we will see in this film. Obviously, we will be introduced, formally, to Leta Lestrange (Zoe Kravitz) who, according to her poster, has a prophecy that she is destined to be apart of somehow. I assume since, if you look closely at that chart looking image behind Tina, her and Credence (Ezra Miller, who is my new favorite person) are related. In one of the scenes, we see that everyone is in the coliseum with Grindelwald, including these two who look distress.

We will see Grindelwald’s escape and be introduced to Vinda Rosier (Poppy Corby-Tuech). I think we’ll also see where Voldemort might have got his idea for the dark mark. If you look, Rosier is holding a skull which looks like the beginnings of the Dark Mark symbol. We must also see how in the hell Credence is alive.

We MIGHT see flashbacks from a young Dumbledore and Grindelwald. I think she’s saving these flashbacks for the next movie. However, we might see what got Newt expelled from Hogwarts, but we don’t know how long he was in school before he got expelled. The scene where he’s in class with Dumbledore and they are learning the Boggart-Banishing Spell appears in both trailers so let’s go with this is where it happens.

We will meet Theseus Scamander (Callum Turner) the war hero turned Auror. Now, here’s what I need to know and be clear on, the Leta and Newt relationship. Were Leta and Newt in a relationship or was it more like he liked her and she showed no interest in her and maybe liked his brother or his brother dated her because he knew Newt fancied her? (people don’t use the work “fancy” like this anymore.) Theseus is obviously not a great Auror because it looked like Tina used a pretty simple spell to tie him up. Stick to war, sir.

Yes, we will see Nagini (Claudia Kim). She has a blood curse which will ultimately turn her into a snake and she’ll lose her humanity, I think. In my research, I found that the type of blood curse she has (She’s a Maledictus.) is passed down from mother to daughter. So who is her mother? What kind of backstory will we get from Nagini? The possibilities are ENDLESS but Jo knows. Oh, Jo knows, but I don’t and I want to SO BAD.

Also, I need to know this Grindelwald and Dumbledore (Jude Law) relationship. Once upon a time, Jo (I don’t know her personally but I want to.) said she always thought Dumbledore to be gay. Maybe they’ll explore that, maybe they won’t. Doesn’t really advance the story for me. (I am an advocate for the LGBTQ community but this will not add much to the movie, for me, if Dumbledore was gay.) Now you might say that Dumbs and Grindy were a couple and that’s why Dumbledore will not move against Grindelwald…but think…why Newt? It had to be Harry because of prophecy but what about Newt? Is Leta’s prophecy something to do with Newt or nah?

Lastly, does Jacob remember anything? Seems like a dumb question but if you’re a Potter fan, then this should intrigue you. AND who is Queenie engaged to? She seemed real coy and cute in the first movie. Every man in MACUSA wanted to be with Queenie but she seemed real content with being coy and cute. Who snagged her and it should be Jacob, but I know it’s not so again WHO? We need answers. Also, her poster says “Whereabouts Unknown”. Why is that? What is she doing and why is she not with her sister?

You would think a trailer like this would answer more questions than it would create, and if you think that, you would be ALL THE WAY WRONG.

When does this movies come out?

Should you go see this movie?

If you’ve seen the first one and are a Harry Potter fan in some capacity, then YES! DUH! If you in the church and you think magic is the devil, no. Do not see this movie. It’s not for you, sis.

Will it be amazing?